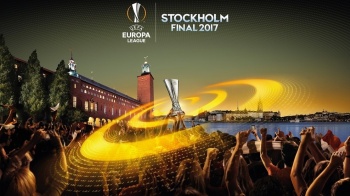 Next week Stockholm is yet again the host of an important event. This time football comes to the city and Friends Arena will be where the UEFA Europa League final will take place. Manchester United and Ajax Amsterdam will fight for the trophy on the 24th of May.

The second most important European football final is hosted by Sweden for the first time under the new name. In the past, another UEFA Cup final was hosted in Göteborg, when Valencia CF beat Olympique Marseille in 2003. Otherwise, in an even older format, IFK Göteborg  hosted one leg and won the finals in 1982 and 1987.

So, the Swedes have deeper connections with this European competition. And this year, there is another reason why the Europa League final is important for Swedes. Zlatan Ibrahimovic, maybe the greatest if not the most popular Swedish football player in the history, plays of Manchester United. Even if at the moment he is injured, he nevertheless has the chance to win a major trophy in his own homeland.

Hundreds of volunteers are working during this event, more than 20.000 people are expected to come to Stockholm only during the game day. There will be a fan zone for the fans of Manchester United in Rörstrandsgatan, while the fans of Ajax Amsterdam are welcomed in Fleminggatan.

Also, there will be a neutral fan zone in Kungsträdgården. Open 23 and 24 May between 11.00 and 20.00. Various events will be hosted here and you can even get a photo with the trophy!

The kick off will be at 20.45 and Axwell Λ Ingrosso will perform during the opening ceremony. If you are in Stockholm during this day, you cannot miss being a part of the celebration. Join in and experience Stockholm as a host for major events, after only one year away from the Eurovision final in 2016.