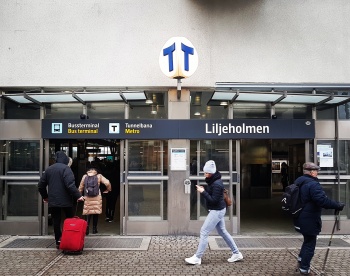 After two entries providing extra material regarding the Stockholm subway and information about the future of the Blue Line, today we are getting back to presenting stations. This time, we talk about an important transport hub in the city: Liljeholmen.

Today’s station is placed in the district with the same name, in the south-western part of the Swedish capital. It serves the red line in the subway network, being the last joint station for T13 and T14 lines on their way south of the city.

Liljeholmen is important for the city because besides being the joint station for the two red lines of the Stockholm metro, it is also connected to the tram service and a big bus terminal. More than that, Nybodadepån, a large depot for buses and trains, is situated nearby.

The subway station Liljeholmen was opened in April 1964 and it looked completely different then. It was above the ground, had one ticket hall and two platforms. You can see here the older layout captured by the guys from kynerd.net.

Liljeholmen got a facelift in the beginning of 2000s. It was transformed into an underground station. Now it has two entrances, three platforms, it’s connected to buses and trams and neighbors the Liljeholmstorget Galleria shopping center and newly-built houses.

The artists decorating the stations were Carl-Axel Lunding (1964), Leif Bolter (2004) and Fredrik Landergren (2005). Here you can see decorated concrete reliefs and special materials and techniques used to play with natural and artificial light, so the traveler gets to experience changing lighting in the station over the day.

You should visit this station on your way to Ikea, for example, for which you need to head to Fruängen. While you are here, you should get around the neighborhood. Liljeholmen has a fresh feeling with new and modern buildings. Also, there is the lake Trekanten, just outside the station, which always offers a nice walking environment. Almost 30.000 people come by here daily.

Follow our updates on the project’s Facebook page (Stockholm Subway StoRy) and check out our blog every Sunday for a new post regarding the Stockholm subway. Be a part of the StoRy! 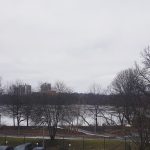 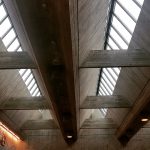 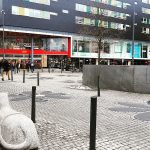 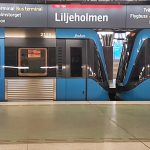 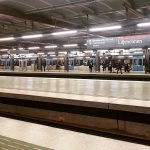 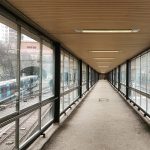