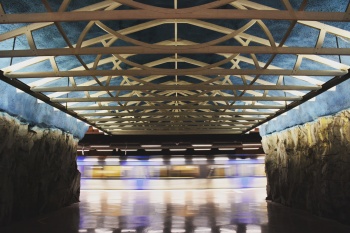 The 29th entry in the Stockholm Subway stoRy is dedicated to Sundbybergs centrum, a subway station opened in august 1985 and situated in Sundbyberg municipality, in the north-western part of Stockholm.

The station serves the T10 blue line in the subway system, being almost half way through between the northern end Hjulsta and the other end in the city center – Kungsträdgården. The cave is placed at more than 25 meters underground and 11 meters below the sea level, making it the sixth deepest station in the network. Here more than 11.000 visitors are passing by on a regular day.

Sundbybergs centrum is also a relevant transport hub in the area since it’s connected to the nearby Sundbyberg railway station, being among the three subway stations in the city which allow commuting between the subway and the commuter trains (pendeltåg), the other two being T-Centralen and Farsta Strand.

The station was designed by Lars Kleen. And in many ways, it’s a tribute to craftsmanship. One of the most impressive artworks in the station is represented by the structure of a boat connected to the roof of the passage connecting the platforms.

The paintings which used decorate the walls here were made by Peter Tillberg and Michael Söderlundh. But part of their work was replaced over time. Nevertheless, Kleen installed various facades as reminders of nearby houses, giving the station a surreal feeling.

To see previous entries in our stoRy, take a look here and follow our blog every Sunday for a new station from the Swedish capital! Also, if you want to see even more pictures and news regarding the metro in Stockholm, like the recently-opened StockholmSubwayStory’s Facebook pageebook page. 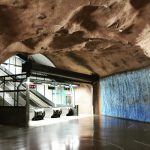 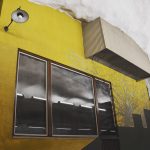 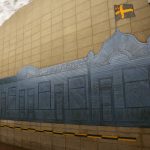 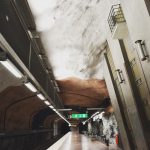 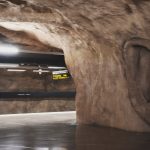 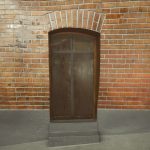