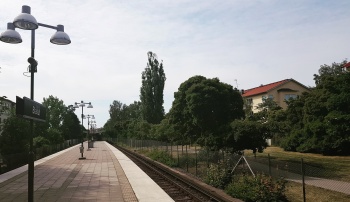 Hello, dear followers and welcome to another stoRy from the Stockholm’s subway system. The first station we are showing you this month made us go to the southern part of the capital, to Blåsut. Have a look!

The station bears the name of the area in which it is placed. The name itself is translated to Blowout, while the station is part of the bigger southern Stockholm district called Johanneshov.

Blåsut subway station opened in October 1950 and was part of the first subway line in Sweden. Nowadays, it serves the T18 green line and its neighboring stations are Skärmarbrink to the north and Sandsborg to the south.

At almost four km away from Slussen, the station is an outdoor one, having one large platform and two tracks alongside it that can be reached through the only entrance and ticket both at its southern end.

The artistic decorations here were made by Ann Edholm and were installed in 2008. Her work is mostly made out of abstract tiles placed around the station. If you are passing by here, it’s worth mentioning that the station is quite close to Tele2 Arena and the whole Globen area. So, it’s a good meeting place for locals before various events. 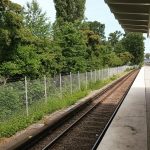 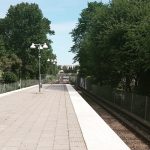 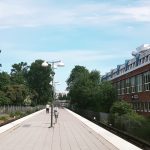 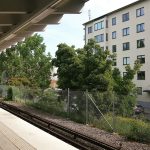 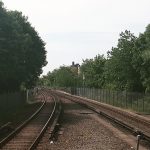 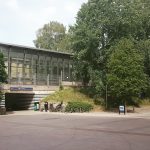