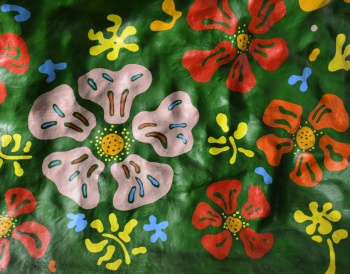 The last month of 2016 already arrived at its first Sunday. This means that it’s the time to present you our first entry from December – Alby, a station located in Botkyrka municipality, within Alby suburb.

Today’s station was opened in January 1975 and nowadays it serves the red T13 line in the subway network system of the Swedish capital.  Alby is situated in the south-western part of the city, only two other stations stopping it from being the terminus station for the southern end of its line.

The station is situated at circa 24 meters under ground. It has two platforms and three tracks, in total. Almost 5.000 people pass through it on a regular working day.

The artistic decorations here were made by Olle Ängkvist. He said that the cave itself was an inspiration for his work, arguing that one gets overwhelmed here. He painted the station green and over the main color he drew various symbols and colors, creating his “secret cave”. He even drew symbols which interact with the billboards.

Keep up with our stoRy by following our blog every Sunday, here. Also, like the project’s Facebook page for more information regarding the Stockholm’s underground. Watch our social media profiles for a coming contest in December! 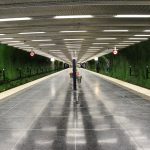 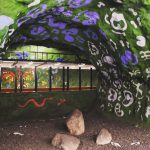 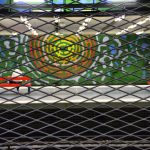 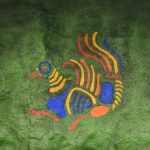 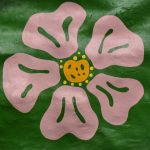 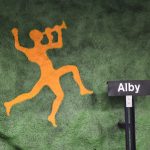