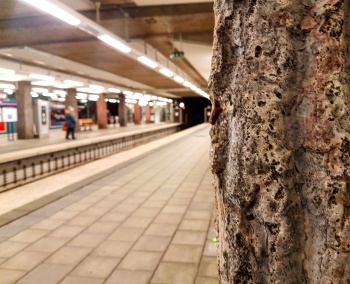 Good morning, dear followers! The last Sunday in February comes in Stockholm not only with yet another sunny winter day, but also with a new entry in our series. This time we are going to Vällingby. Let’s have a look!

Today’s situation is situated in the western Stockholm district with the same name. It was opened as a temporary station in October 1952. Later, when the large shopping mall Vällingby Centrum opened – the permanent station was also finished in April 1954.

Nowadays Vällingby is part of the T19 green line in the subway network. Westbound comes Johannelund, while eastbound it’s followed by Råcksta.

The station is rather an important transport hub in the area, having two large platforms and three tracks with more than 10.000 people using Vällingby subway station in a regular working day.

The decorations here were installed in 1983 and are part of the project called Art in the Stockholm metro. The artist who made the concrete trees in the station is Casimir Djuric. 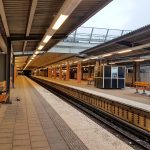 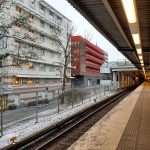 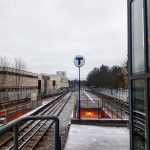 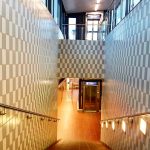 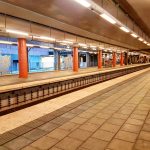 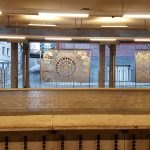