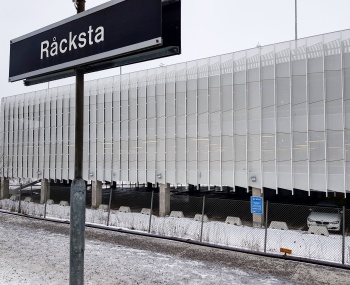 Hello, everyone! Stockholm it’s still under a layer of snow, so we took the chance to snap some pictures showing the winter view of the Swedish subway. Today we are presenting Råcksta. Let’s go!

Today’s stations continues our journey in the western part of the Swedish capital. Located in the district withe the same name, Råcksta was opened in October 1952 and now serves the green T19 line in the subway network.

When it was open, this was the second to last station on the Hötorget – Vällingby line. But nowadays the line is longer and Råcksta it’s placed next to Vällingby, westbound, while eastbound it’s followed by Blackeberg. Almost 15 km separate Råcksta from Slussen, in the central part of the city.

This is one of the many outdoor subway stations in the western part of Stockholm. The area has only one entrance, but as soon as you get in you are welcomed by a large platform. On a regular day, a bit more than 5.000 people pass by here. 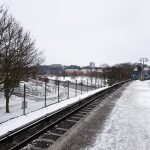 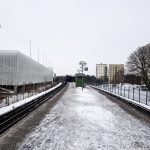 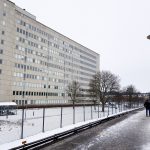 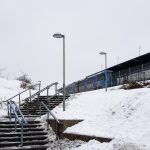 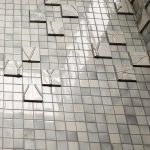 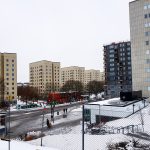