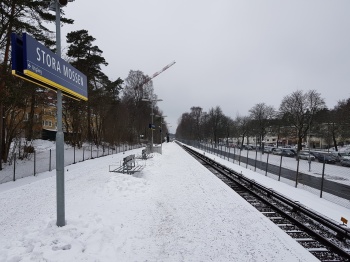 Good evening, dear friends and welcome to another episode from our journey in the Stockholm subway! This weekend we are looking at the trip we took a while back to Stora Mossen, in the western part of Stockholm. Join us!

The station we are presenting today is situated in Ulvsunda, one of the districts in Västerort, the western part of the Swedish capital.

Stora Mossen was opened in October 1952, together with the whole new Hötorget – Vällingby line. Although, the tram service Ängbybanan used to pass by here already starting with 1944.

Nowadays, it serves the green T17 and T19 lines in the Stockholm subway. It’s followed by Alvik eastbound and Abrahamsberg westbound and is situated at about 9 km distance from the central station of Slussen.

The station itself, it’s an open-air one. It has only one entrance which leads to a large platform and the two tracks along side it. The artistic decorations that one can find here were made by Marianna Zaborska in 2002.

Stora Mossen is placed in a residential area, therefore there are a lot of houses and blocks around the station. Even so, it’s not one of the busiest stations in the public transport system, having only about 2.500 people passing by here on a regular day. But nevertheless, we believe it’s worth a visit! 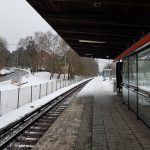 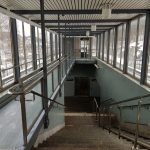 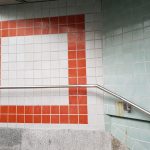 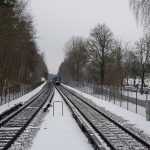 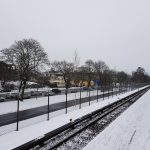 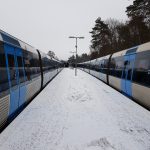