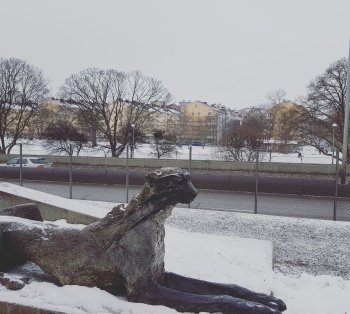 Hello everyone and welcome back to our subway StoRy! In the last entry of this month we are going to show you Kristineberg, a station which we have visited a while ago, when there was still snow on the ground. Have a look!

Kristineberg is the name of one area within Kungsholmen, one of the islands that make up the Swedish capital. So this is where Kristineberg subway station is getting its name from.

The station was opened in October 1952. Today it serves the green lines T17, T18 and T19 in the subway system. Eastbound it’s followed by Alvik, while westbound comes Thorildsplan.

The station itself is composed of just one entrance hall, an open-air platform and two tracks alongside it. Just outside the station, there is the 275 motorway with it’s impressive bridge between Alvik and Kristineberg.

Outside, on the platform, there is a bronze sculpture created by Carina Wallert and installed 1991. Her work represents travelling with animals, depicting a man with his dog. More than 6.000 people use the station on a regular week day. Some come together with their pets. 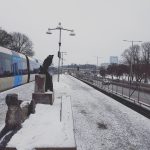 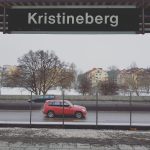 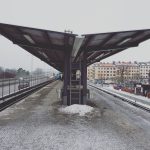 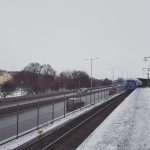 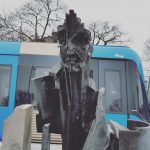 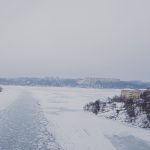