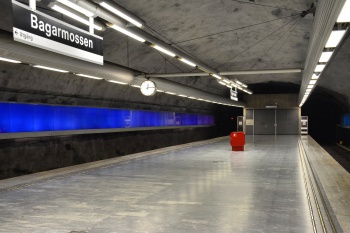 This Sunday, the StockholmSubwayStoRy continues the trip through Stockholm’s underground with Bagarmossen, a station situated in the south-eastern part of the city.

Bagarmossen is the second to last station on the southern end of green line number 17 in the subway network of Stockholm. Its name comes from the district in which is located, being the second station which bears this name.

Initially a station called Bagarmossen was the terminus for its line, but since 1994, with the extension to Skarpnäck, the new Bagarmossen took its place. The original station opened in November 1958 and used to be above the ground. While the current station was opened in August 1994 and sits 19 meters below the surface.

The new station is located in a different place than the original one, the name being the one which connects them. Nowadays, more than 6.500 people use the station on a regular day.

The artistic decorations of the new Bagarmossen are made by Gert Marcus. His work is represented here by playful luminescent lines along the tracks, which seem to be changing color, putting the whole dark cave into perspective.

Keep up with our stories. Follow our blog here for new entries on every Sunday or like the project’s Facebook page here for other Stockholm subway-related information. 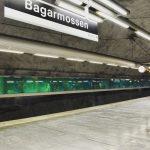 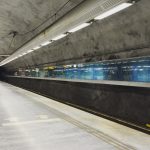 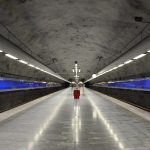 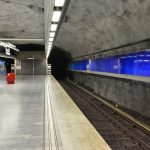 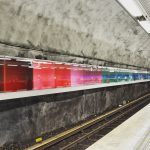 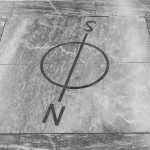