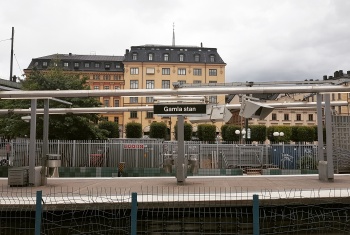 The first autumn days bring with them our next entry in Stockholm Subway StoRy. This week we are talking about Gamla Stan – a station which you will surely visit in your stay in Stockholm, even if you don’t necessary plan to!

Gamla Stan (or The Old Town) gives the name not only to our subway station of today, but also to the geographical center of Stockholm. The Old Town (Gamla Stan, Riddarholmen and Helgeandsholmen) represents one of the 14 islands on which the Swedish capital is built and a clear must-see while traveling to this part of the world.

Back to the station. It opened in the end of 1957, at the same time with T-Centralen, and it was one of the few stations serving the city at the time. Gamla Stan T-Bana is placed outdoors, between the island with the same name and Centralbron. It has four tracks, two platforms and trains from both the green and red line stop here.

Located between T-Centralen and Slussen, two important hubs in the subway network, Gamla Stan gets more than 21.000 visitors on a week day. The original architect was Gunnar Lene, but the station was redeveloped between 1997 and 1998.

The designer of Gamla Stan station is Göran Dahl. Most of the patterns here, cement mosaics on the floor and on the walls, are inspired by the tapestries from Överhogdal. Also, here Britta Carlström made her “Svetsspets”, a steel wire fence with an unique pattern. 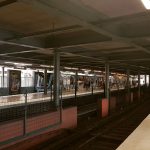 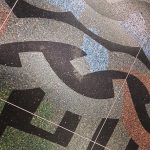 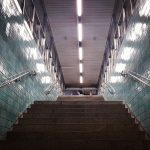 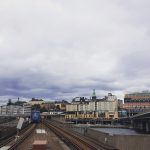 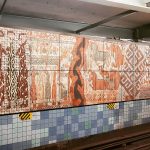 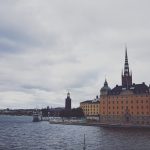