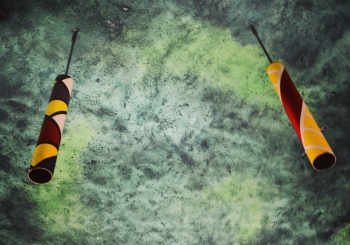 Huvudsta comes as our third entry in August in the Stockholm Subway StoRy. The station located in Huvudsta, Solna Municipality was opened 31 years ago this week and today is part of the blue line in the subway network.

Huvudsta represents one of the least frequented stations in the Swedish capital’s subway, being visited by almost 4.000 people on a work day. Its cave is situated at 25 meters below ground and has one platform and two tracks.

The artistic decorations here were made by Per Holmberg and his project is called The Hanging Gardens. As the name suggest, his inspiration for the work done here was represented by the Hanging Gardens of Babylon.

Even if it’s not one of the most busiest stations in the city, Huvudsta is a clear of example of love for decoration and shows the importance of art in public spaces, modifying the whole atmosphere of a otherwise common subway station.

Here you will find various blending colors, hanging “vegetation” from the roof, decorated functional pipes or a floor illuminate with changing colors as you move along the platform. All these make Huvudsta a station which is definitely worth a visit, even only for seeing how the public space is used for art, if not for its visual show. 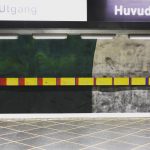 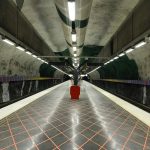 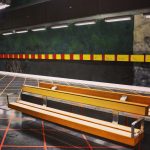 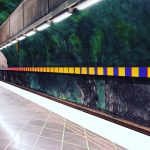 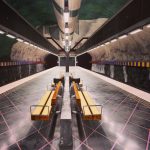 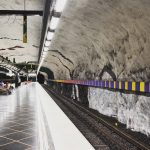