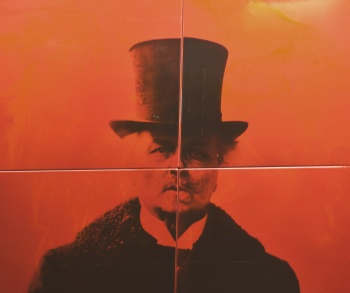 Rådmansgatan is a subway station in Stockholm, serving the green line and placed in Vasastaden, in the central part of the city.

It was opened in 1952 and its architect was Gunnar Lené. Rådmansgatan is the only station in the Stockholm’s subway system which is named after a street. The street with the same name meets Sveavägen right outside the doors.

Artistically, the station has references to the Swedish author August Strindberg. His last home is nearby Rådmansgatan. Formally known as the Blue Tower, nowadays his last flat is called the Strindberg Museum.

The exit towards the museum has a portrait of the Strindberg, followed by portraits of his wives, extracts from various writings of the author and a painting of the Blue Tower. 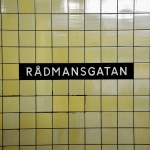 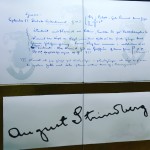 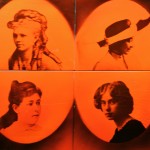 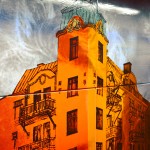 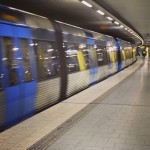 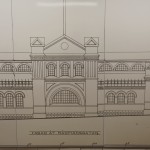