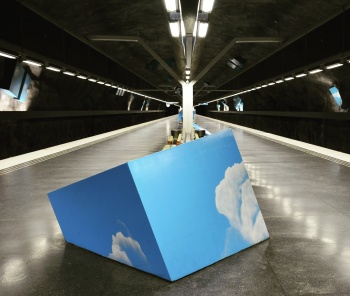 Solna Strand continues today our Stockholm Subway stoRy. The station was opened in the autumn of 1985 and is situated in Solna Municipality, in the northern part of Stockholm.

The station used to be called Vreten, as a reference to the industrial park which used to be nearby. The area changed its name to Solna Strand (Solna Beach) in the beginning of 2000s, so did the subway station, later, in 2014.

The only platform of the station is placed 28 meters underground and it serves the blue line in the subway network of the Swedish capital. Nevertheless, it’s not one of the most popular stations in the city, being used by only almost 3.000 people on a normal weekday.

The artwork here is made by Takashi Naraha, a Japanese-Swedish sculptor, and it’s called Sky of Cubes. Right from the entrance one would see cubes depicting the sky hanging from the roof and on the station’s walls. Similarly, the same types of cubes representing the summer sky are placed on the platform.

To follow our previous entries in Stockholm Subway stoRy, click here. And visit our blog every Sunday for a fresh entry from the Swedish underground! Also, let us know what are your favorite stations. 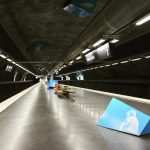 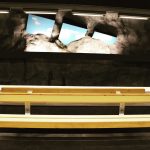 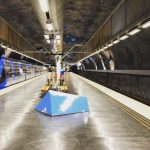 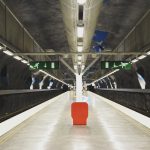 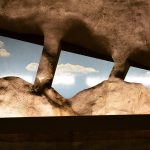 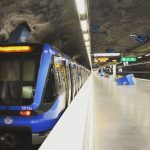