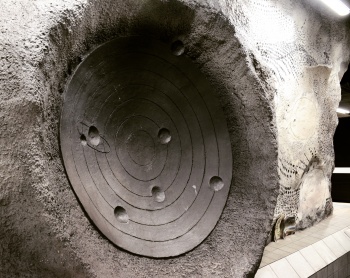 Tekniska Högskolan is this week’s station in Stockholm Subway stoRy. The station is part of the red line in the subway system and it’s placed near the Royal Institute of Technology (Kungliga Tekniska högskolan), hence the name.

The station was opened in 1973 and it represents an important hub in the transport system in Stockholm. This is mainly because is connected to the Stockholm East Station (Stockholms östra), which serves the northern part of the city.

The designer in charge for Tekniska Högskolan was Lennart Dark. The theme here approaches physics and the laws of nature. Also, the details from the world of technology are a direct link to the nearby Institute.

While visiting one will see references to Copernicus, Descartes, Einstein, Kepler, Maxwell, Newton or Plato. In our opinion, this makes of Tekniska Högskolan one of the most impressive subway station in Stockholm, definitely worth paying a visit.

Keep track with the Stockholm Subway stoRy and see the previous entries here. Check our blog and social media pages every Sunday for new stoRies! 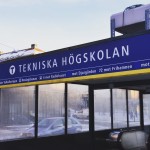 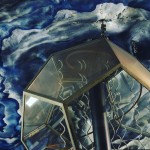 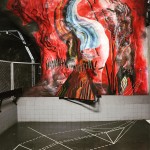 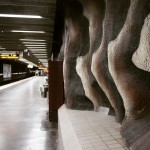 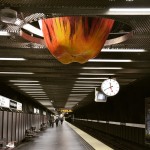 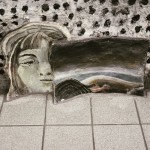