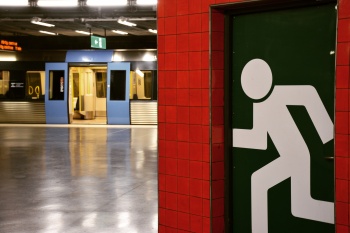 Universitetet, or the University, is a subway station within Stockholm, placed near the Stockholm University, in Frescati. The station was opened in 1975 and it severs the red line.

In a typical day the station is used by about 10.000 people, most of them students or visitors of the nearby Swedish Museum of Natural History or of the Royal Swedish Academy of Sciences.

With the expansion of the campus, the station was redecorated in 1997. So now the walls picture the UN Declaration of Universal Human Rights, together with stories of the travels made by Carl von Linné around the Baltic region. The artist in charge was Françoise Schein and David Helldén was the architect.

The work by Schein is called Carl von Linné or the art of looking and this project is part of a bigger network of works of art present in other European cities.

Universitetet is one of the most popular subway station in Stockholm for both the locals and the tourists. Follow our Stockholm Subway stoRy here and check our blog every Sunday for new entries. 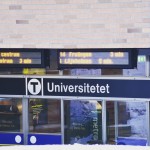 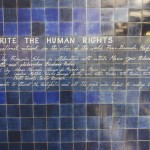 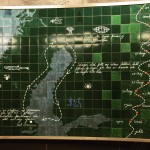 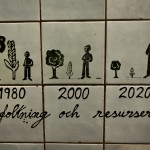 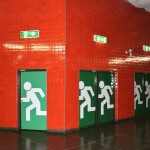 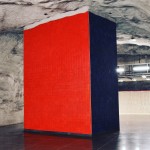