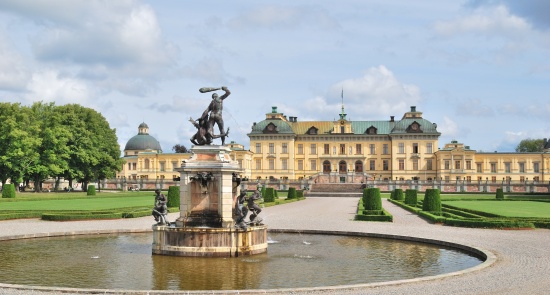 On a private guided tour through the halls and rooms opened to the public, you will be impressed by its elegant interiors. The visit inside the palace will take you back in time to bygone centuries when Sweden was a major power in Europe.

After our visit to Drottningholm Palace  we will drive back to town. On the way to Stockholm’s Old Town, you will see the scenic sights of some Stockholm islands, such as Södermalm and Riddarholmen. The panoramic drive covers most of Stockholm’s highlights, such as the City Hall, the Concert Hall, the Royal Opera House, the Swedish Parliament and many more.

Upon our arrival in the Old Town  called Gamla stan, we will cover almost 1,000 years of Swedish history – from the Viking era with an 11th century rune stone to the Nobel Museum exhibiting information about the latest Nobel Laureates. From medieval streets to beautiful squares, you will hear stories of glory and defeat as we visit the Market Square. Gamla Stan has so much to offer and you will see sights including the Royal Palace, the Finnish Church, Stockholm Cathedral, the city’s smallest statue, the Market Square, the German Church and Stockholm’s narrowest street. After the tour, we will bring you back to the port/hotel or you can stay in the Old Town to have a lunch or to walk around and take in its ambience.

At your hotel in the city of Stockholm or at your cruiseship in Stockholm port.

At your hotel in the city of Stockholm or at your cruiseship in Stockholm port.

For groups bigger than 16 persons, please contact us: info@storytours.eu