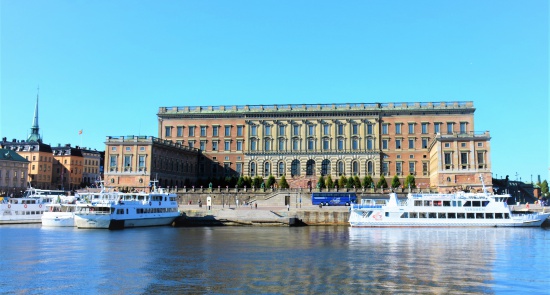 This 2,5h tour takes you around the most beautiful and historically significant sights of Stockholm’s Old Town and the walk is crowned by a guided visit in the Royal Palace.

The tour starts at Stortorget- Main Square, in the heart of Stockholm’s Old Town. Walking along the cobbled streets of Gamla stan, you will hear the tales and historic facts filled with Vikings, merchants, kings and queens, heroes and villains. These stories will come alive as we pass the main attractions of the Old Town such as The Coronation Church, the Nobel Museum, Finnish Church and Stockholm’s smallest statue, lovely Brända Tomten Square and and the narrowest alley- Mårten Trotzigs Gränd.

Leaving behind us the winding streets and picturesque squares we will conclude the Old Town Walk with a guided visit in the Royal Palace. It is not only the official residence of Sweden’s King Carl XVI Gustaf, but also counts as one of Europe’s largest palaces. On our guided tour, we will visit the elegant rooms and historic halls and listen to stories of the royals from bygone days, as well as present times.

Stortorget 2, Gamla Stan, Stockholm (On the stairs in front of the Nobel Museum)

At the Royal Palace in Stockholm, Slottsbacken