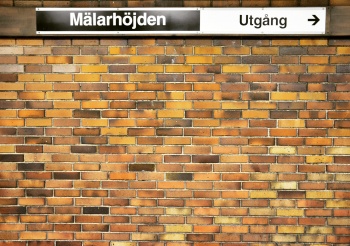 The second entry in November for the Stockholm Subway StoRy comes from the southern Stockholm. This week we are presenting to you Mälarhöjden.

This station is situated in the district with the same name and it serves the red line 13 in the subway system. Its neighboring stations are Bredäng, towards the southern end and Axelsberg towards the northern end.

The station with only one entrance is located at circa 33 meters underground and nowadays is frequented by a bit more than 2.500 people on a working day.

Mälarhöjden was opened in May 1965. It features one platform which is split in two parts by a wall through its middle. The wall’s exterior shows bricks, an unique future in the Stockholm’s underground. While the walls by the two tracks represent the artistic decorations made here.

Margareta Carlstedt is the artist who painted these walls. Her work is called “Ebb and Flow” and consists of two 145 meters enamel paintings along the two tracks. She even won a prize in the 1960’s for her project.

Keep up with our stoRy by following our blog every Sunday, here. Also, like the project’s Facebook page for more information regarding the Stockholm’s underground. Watch our social media profiles for a coming contest in December! 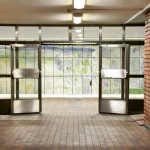 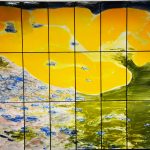 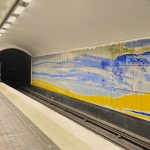 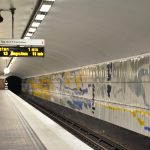 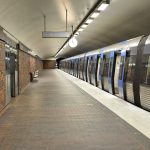 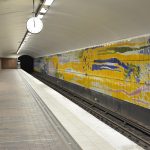