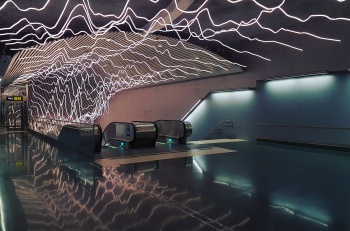 Hello again, dear followers! We are back again and our saga continues with yet another story. For today’s entry we have been seeing the newest station in town and we are ready to tell you more about it! So, let’s see what Stockholm Odenplan is all about.

One of the new stations operating for this service is Stockholm Odenplan, our main subject of today’s entry. The new Stockholm Odenplan is technically part of the commuter rail system (pendeltåg) in Stockholm. It was built under the existing subway station and was opened in July this year.

Stockholm Odenplan is connected to the existing subway station Odenplan and it’s 30 meters below the ground. There is one large platform and two tracks along side it, protected by a wall. So the doors are opening only when the train is fully stopped. A new concept in Stockholm. The artistic decorations here are the newest in the whole transport system and were made by: Thomas Bernstrand, Jessica Fais, Anders Kapple, Sunniva McAlindein, Mari Rantanens Oden and David Svensson.

The original subway station serves the green line and it was built in 1952. But more about the original station will come in a future post. 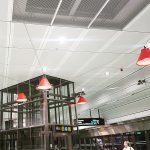 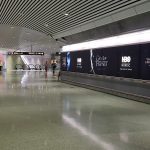 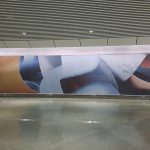 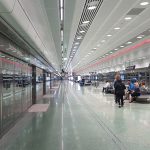 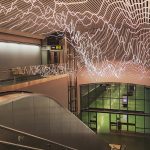 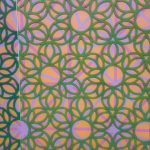