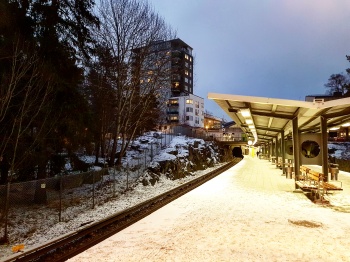 Hello, everyone! And welcome to our fist Stockholm Subway StoRy from March. While enjoying this winter wonderland, we are going to pay a visit to Blackeberg, in the western part of the city.

Blackeberg is almost 15 km away from Slussen in the central part of the city and here exists the only tunnel in the subway network outside inner Stockholm. The neighboring stations are: Råcksta to the west and Islandstorget to the east.

The station was designed by Peter Celsing. His vision allows here two thirds of the platform to be in the open-air, while the tunnel end of the station is under the only ticket hall at this stop. The artistic decorations in the covered part of the stations were made by Ruben Heleander.

The Blackeberg area is mostly residential, so there are also bus connections nearby and only around 4.500 people are using the subway on daily basis. 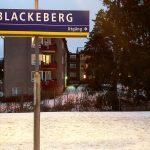 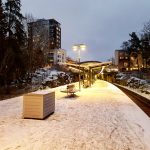 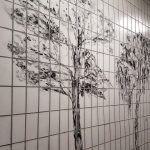 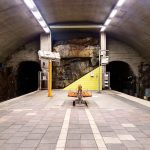 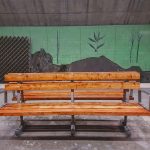 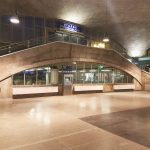