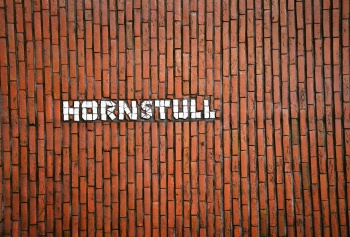 Hornstull is the station we are going to talk about today! It was opened in 1964, is located in the hip Södermalm and serves the red line in the Stockholm subway system.

The artistic project at Hornstull is called “Altamira” and it was created by Siri Derkert and Berndt Helleberg. Those who evaluated the project said about it that it offers a sense of well-being, given by the background.

The color reproduced on bricks here goes back to 20.000-year-0ld caves in Spain. Between the bricks creating the wall the artists used black and white shapes to make the background more dynamic.

Hornstull metro station is know for its general atmosphere. If you ever want to visit the unique Södermalm, you should also check out this station. 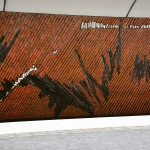 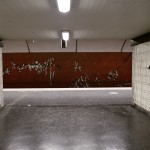 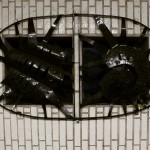 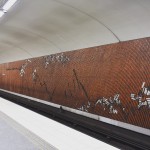 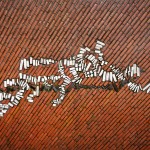 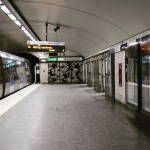