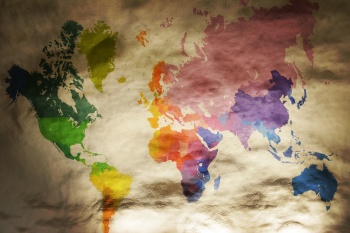 Rissne is this week’s entry in our StockholmSubwaystoRy. Today’s subway station is located on the northern part of Stockholm County, in the Sundbyberg Municipality and it serves the blue line in the subway system.

Rissne was opened in 1985 and the design in the cave is done by Madeleine Dranger and Rolf H Reimers. At some point the proposed name for the work here was “See you in the 15th century”.

As you enter the station you feel the silence of the cave strengthen by the strong white background, both so uncommon for a subway station in Stockholm.

One wall of Rissne is filled with colorful lines stacked one on top of each other and going along the tracks. Each of them describe a historic event, starting with the year 3000 BC until 1985. On the opposite wall, the lines are completed by corresponding maps from all over the world.

Rissne is situated at more than 25 meters below the public square with the same name, it has one large platform and about 5.000 daily passengers. Is not the busiest place in town, but this, together with the silence and the combination of colorful text on the white background, makes it fascinating. Definitely one of the stations worth checking out when visiting Stockholm. 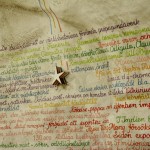 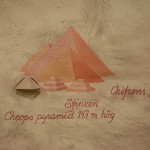 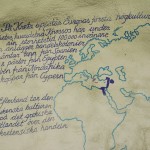 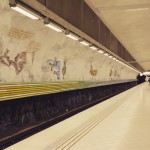 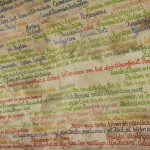 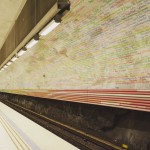